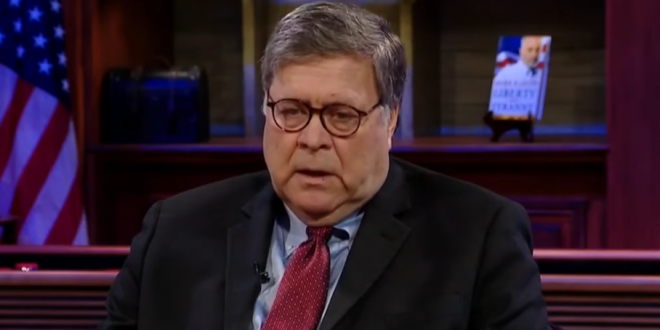 Barr Is “Vehemently Opposed” To Pardon For Snowden

Attorney General William Barr said he would be “vehemently opposed” to any attempt to pardon former National Security Agency contractor Edward Snowden, after the president suggested he might consider it.

The attorney general’s comments in an interview with The Associated Press come days after President Donald Trump said he would “look at” whether to pardon Snowden, who was charged under the Espionage Act in 2013 with disclosing details of highly classified government surveillance programs.

“There are many, many people — it seems to be a split decision that many people think that he should be somehow treated differently, and other people think he did very bad things,” Trump said of Snowden at a news conference on Saturday. “And I’m going to take a very good look at it.”

Snowden is a spy who has caused great damage to the U.S. A spy in the old days, when our country was respected and strong, would be executed