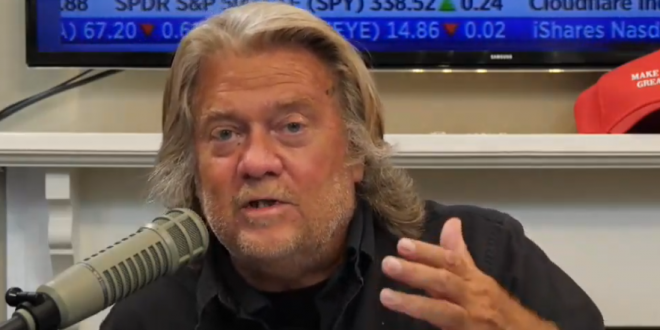 Bannon Trial Set For May 2021 In Border Wall Scam

Former White House chief strategist Stephen Bannon and three co-defendants are scheduled to stand trial in May over charges that they scammed hundreds of thousands of donors into contributing to a fundraising campaign purportedly to build a private U.S.-Mexico border wall.

U.S. District Judge Analisa Torres in Manhattan on Monday announced a May 24 start date for the criminal trial after federal prosecutors earlier this month revealed charges stemming from the “We Build The Wall” project, which raised more than $25 million.