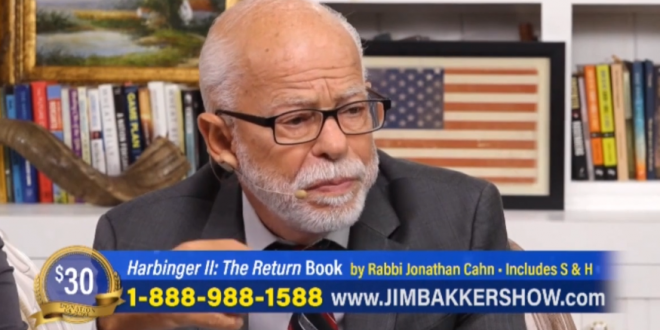 “I’m scared for America. I really am. I want to warn America. We’ve got a few more days to stand up. It’s going to be too late after the election, I believe.

“I think if we elect the wrong people — and you see how wrong it’s been — we’re gonna have a revolution.

“The church people are going to march in the street and realize they’ve gone too far, and we can’t let the murder of babies lead the way.

““We can’t let people burn America. We can’t let the rebellion takeover. This is not going to be a nice place to live.” – Jim Bakker, who has returned to grifting after an alleged stroke.