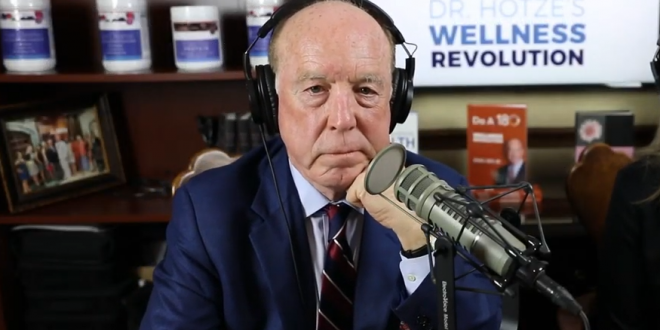 Right-wing quack Steven Hotze has dangerously told people that the coronavirus is “not very contagious,” that masks should be avoided, and that people should conduct their lives normally during the pandemic. Despite these claims downplaying the risks of COVID-19, Hotze has been trying to profit from concerns about students returning to school by selling “immune” packages that he claims can supposedly “help combat any virus.”

The Centers for Disease Control and Prevention states that “there is currently no vaccine to prevent coronavirus disease 2019 (COVID-19). The best way to prevent illness is to avoid being exposed to this virus.” Hotze is a Texas-based doctor who heads a Houston “health and wellness” center and regularly appears in media outlets as a purported health expert. He is also an anti-LGBTQ bigot, a QAnon conspiracy theorist, and a “conservative power broker” in Houston.

It was Hotze who bankrolled the successful campaign to repeal Houston’s “wicked, evil, Satanic” LGBT rights ordinance, during which he compared gays to rapists and murderers. According to Hotze, same-sex marriage will result in children “practicing sodomy” in kindergarten.

Last year he appeared here when he “prophesied” that God will deliver “just retribution” to lawmakers who vote for LGBT rights. When he’s not calling on God to kill politicians or the governor to kill protesters, Hotze sells “miracle” supplements because high cholesterol doesn’t really cause heart disease.