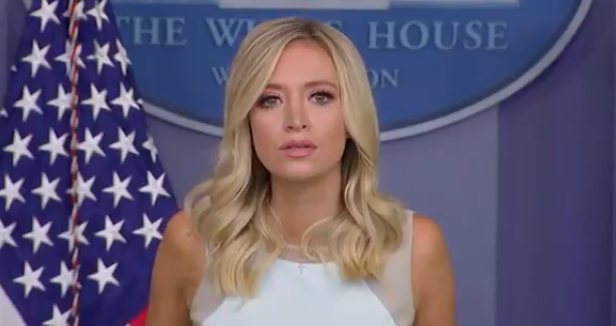 White House Press Secretary Kayleigh McEnany on Thursday said that President Donald Trump continues to believe that he has “absolute immunity” from prosecution despite a Supreme Court ruling that said otherwise.

At a White House briefing, McEnany argued that a high court ruling which gives prosecutors the right to subpoena Trump’s financial records is actually a “win for the president.”

“The president was making general point about deference and on the principal of absolute immunity,” she explained. “He believes there should have been more deference [to him by the court].”

Though she says SCOTUS ruling is a “big win” for the president, McEnany says Pres Trump feels that the Court should have done more to uphold his argument about “absolute immunity” for investigations of a sitting President. But he accepts decision “as the law of the land.”

In Federalist 65, Hamilton says the president is “liable to prosecution and punishment in the ordinary course of law.”

The President is not above the law.

Guess what? If the Supreme Court says you don’t have “Absolute Immunity”, you don’t.https://t.co/ab6HJq7TFL