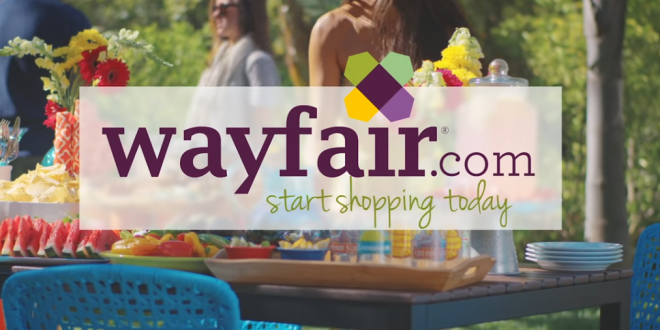 It wasn’t totally odd, at face value, that furniture site Wayfair was trending on Twitter on Friday. Maybe the retailer was having a giant sale? Unfortunately, Wayfair elbowed its way into the trending column with tens of thousands of tweets because of a much stranger situation.

It boils down to this: Conspiracy theorists were purporting that the site — or third-party sellers on the site — were secretly part of a child trafficking ring. This theory appears to have started, as many do, on Reddit’s r/conspiracy subreddit.

A cursory Twitter search for Wayfair and key QAnon words — like “storm” — reveal that, yes, QAnon folks are driving a lot of the conversation about the theory.

This took off because of a post on Reddit’s r/conspiracy subreddit yesterday, which is a clearinghouse for anonymous paranoia.

This is the real worry with QAnon stuff.

Most people associate QAnon with wacko talk about clones and JFK Jr.’s ghost rising from the dead, but Q’s narratives are now pervasive with young people because they linger in the ether of the social internet.https://t.co/A5hKT3H6rW

oh great now I have to feed the cabinet THANKS OBAMA

Boom! The #Wayfair child trafficking scandal has erupted beneath the active Sun/Zeus square which I’ve previously characterized as a ‘divine revenge’ influence. This is devastating against them and it comes in Zeus timing! #astrology #qanon #wwg1wga https://t.co/QnbN53Pmni

This Wayfair shit is next level disgusting. Everything in plain fucking sight. It’s not just the expensive shit, look up any SKU # with a girl’s name on the product and add ussrc afterwards. They’re also deleting postings left and right. #wayfairtrafficking #ChildTrafficking pic.twitter.com/mjMLdnSJ0f

Angela Stanton King is running for congress and spreading totally nonsensical QaNon conspiracy theories on Twitter re Wayfair. She received a pardon from the president earlier this year. pic.twitter.com/EEtVIBoKNQ