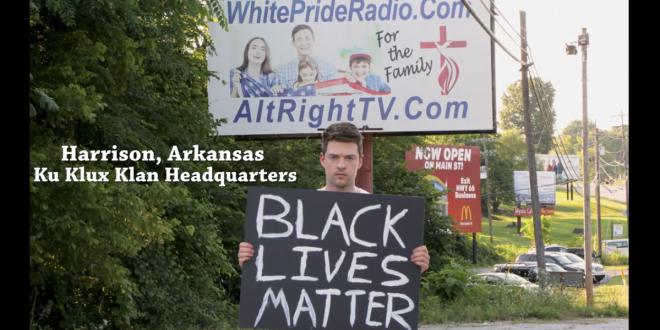 Over the three days Rob Bliss held the sign in the sweltering July heat in Harrison, Arkansas, a town known as a haven for white supremacists and home to the Knights of the Ku Klux Klan, similar interactions happened again and again.

Bliss captured his interactions in Harrison on a GoPro camera that he strapped to his chest and peeked out a hole in his T-shirt. He edited his footage down to a two-minute video, which he argues provides vivid firsthand evidence that racism is alive and well in parts of the country.

Bliss’s video swiftly went viral after he uploaded it Monday, with various uploads of the video on YouTube and Twitter receiving roughly 3 million views as of early Thursday.

Wait for the final scene.