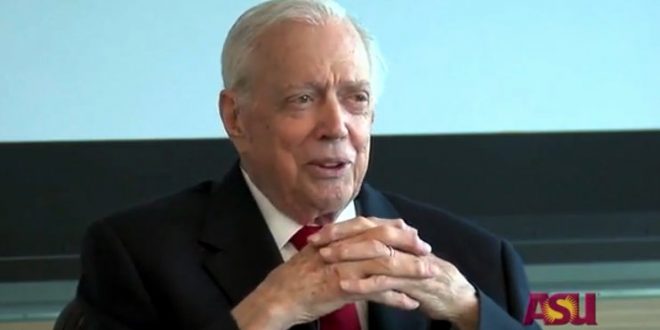 Hugh Downs, the congenial broadcaster whose thousands of hours on network television included two decades on the ABC primetime newsmagazine 20/20 and nine years as the head man on NBC’s Today Show, has died. He was 99.

Downs, who also served as Jack Paar’s announcer/sidekick for five years on The Tonight Show and hosted the game show Concentration for almost a decade, died Wednesday at his home in Scottsdale, Arizona, his family said in a statement.

Previous Cain May Have Gotten Or Spread COVID At Trump Rally
Next Pence Chief Of Staff Has Not Divested From Companies Affected By COVID Pandemic, Keeps Meeting With Them