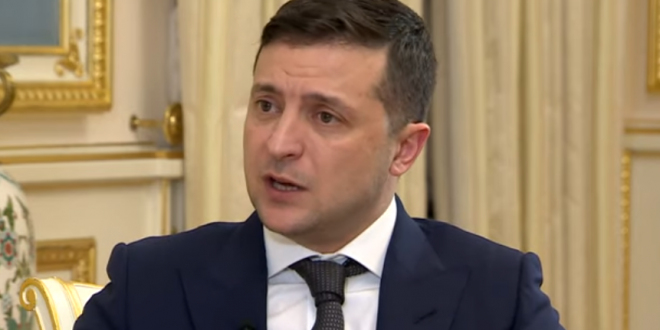 A stand-off in Ukraine has ended with security forces freeing 10 hostages from a bus in the city of Lutsk and detaining the gunman, after a bizarre intervention by the president. Pictures showed the gunman lying on the ground after his arrest.

Just before the man’s arrest, President Volodymyr Zelensky agreed to comply with his demand to post a short video, with the words: “Everyone should watch the 2005 film Earthlings.” All the hostages are unharmed.

The man has been named by police as Maksym Kryvosh, 44, who has previous convictions. “Lutsk. Everyone is okay,” Interior Minister Arsen Avakov tweeted (in Russian) following the end of the siege.

Good news: 13 hostages are free in Lutsk, #Ukraine after law enforcement detained the armed man who seized their bus.

But it took President Zelensky publicly endorsing a 2005 animal rights documentary narrated by Joaquin Phoenix to win their freedom. https://t.co/oYoXNCTPjE

With all hostages free and the hostage-taker in custody, President Zelensky has deleted the Facebook video of himself complying with the armed man’s demand to promote the 2005 film Earthlings featuring narration by Joaquin Phoenix. But here it is for posterity. pic.twitter.com/lPcHB8XD3H