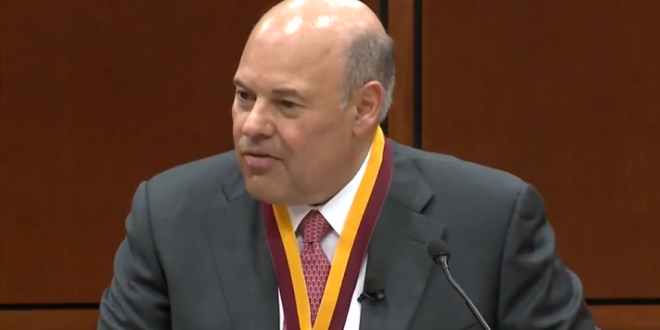 The U.S. Postal Service is experiencing days-long backlogs of mail across the country after a top Trump donor running the agency put in place new procedures described as cost-cutting efforts, alarming postal workers who warn that the policies could undermine their ability to deliver ballots on time for the November election.

As President Trump ramps up his unfounded attacks on mail balloting as being susceptible to widespread fraud, postal employees and union officials say the changes implemented by Trump fundraiser-turned-postmaster general Louis DeJoy are contributing to a growing perception that mail delays are the result of a political effort to undermine absentee voting.

The backlog comes as the president, who is trailing presumptive Democratic presidential nominee Joe Biden in the polls, has escalated his efforts to cast doubt about the integrity of the November vote, which is expected to yield record numbers of mail ballots because of the coronavirus pandemic.

Chris Hayes: “The only way that the administration can get away with gutting the post office is if they try to do it sneakily behind the scenes. And we’re not going to let them.” https://t.co/ymPdY3emK4 #inners

USPS experiencing backlogs of mail across the US after a Trump donor running the agency put in place new procedures described as cost-cutting efforts, alarming postal workers who warn it could undermine their ability to deliver ballots on time for Novhttps://t.co/PrJByBsIfB

Louis DeJoy is the Betsy DeVos of the Postal Service, and he’s sabotaging his own agency when its work has never been more important. https://t.co/9PNMdvuDIk