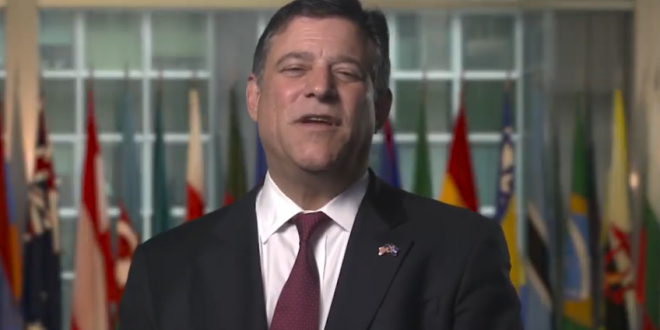 The U.S. Ambassador to Iceland wants to carry a gun. Despite being assigned to one of the safest countries in the world, Jeffrey Ross Gunter has been “paranoid” about his security since coming to Reykjavik last year, according to a dozen diplomats. As a result, Gunter wanted the State Department to obtain special permission from the Icelandic government for him to have a firearm. He also wanted door-to-door armored car service, and entertained the idea of wearing a “stab-proof vest.”

Since his nomination in May 2019, Gunter has created an increasingly “untenable” working environment at the Embassy in Reykjavik, according to current and former diplomats familiar with the situation. The first deputy prepared for more than a year and spent months learning Icelandic, only to be blocked from coming to post because Gunter reportedly “didn’t like the look of him” at their introductory meeting.

Hit the link for much more about Gunter’s bizarre behavior, his abuse of staffers, and his paranoia about the deep state out to get him. Gunter is a dermatologist and top GOP donor.

Previous Group Plays Out Scenarios If Trump Won’t Concede
Next Testing Czar: I’m Not Afraid To Press Trump On Testing