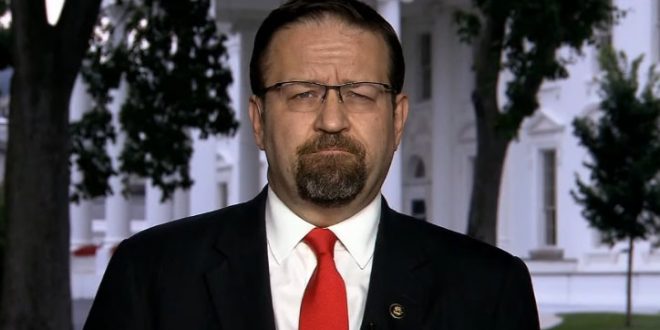 Trump To Appoint Extremist Gorka To Security Board

President Donald Trump on Tuesday announced his intent to appoint controversial former aide Sebastian Gorka to a board that oversees the federal government’s national security education program. Gorka will serve a four-year term on the National Security Education Board, the White House said on Tuesday afternoon.

A White House aide for less than a year, Gorka left his role as deputy assistant to the president in acrimonious fashion in August 2017. The White House pushed back against Gorka’s claims that he resigned, and MSNBC reported at the time that Gorka was barred from the White House grounds before his resignation letter surfaced.

Right-wing radio host Sebastian Gorka, a former aide to President Donald Trump, described face masks aimed at slowing the spread of the coronavirus as “COVID burqas” on his show Tuesday.

Gorka agreed with a caller in California who’d labeled the face masks mandated by the state as “Democrat Islamo-Maoist masks.”

“You mean the COVID burqas, the COVID masks?” responded Gorka, who has a history of making offensive, anti-Islamic remarks. He added that there was “something inhuman” about the idea of covering the face.