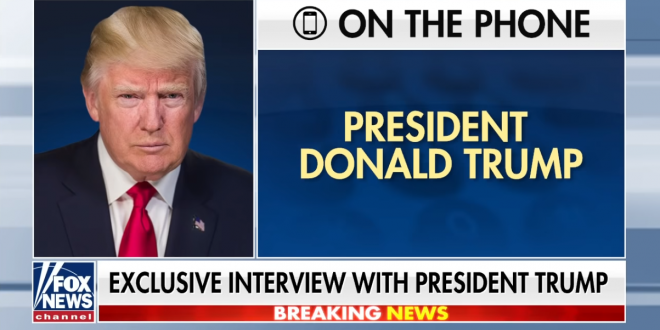 President Donald Trump threatened to deploy tens of thousands of Department of Homeland Security agents to “solve the problems” in cities with high crime rates and civil unrest, he said in an interview with Sean Hannity Thursday night. Trump, frustrated that cities like Chicago and New York City have denied and denounced his usage of federal force, have asked for officers to be “invited in” but the mayors in those cities “just don’t want to ask.”

“We want to go in and help the cities, we want help Chicago, we want to help all of them,” Trump said on Fox News. “Detroit is having problems. A very good police chief in Detroit but they are having problems. We’ll go into all the cities, any of the cities. We’ll put in 50,000, 60,000 people that really know what they are doing. And they are strong, tough, and we can solve these problems so fast. But as you know, we have to be invited in.”