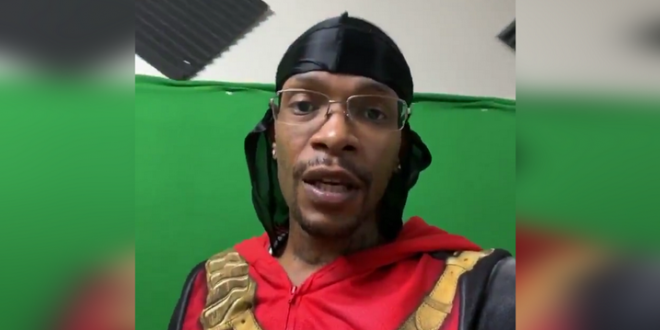 President Donald Trump posted a profanity-laced video from conspiracy theorist and longshot Alexandria Ocasio-Cortez opponent Antoine Tucker in which Tucker complains that Democrats “don’t give a fuck about helping Americans.”

On Saturday morning, Trump posted the video along with the concise message “Wow!” In addition to running a longshot campaign to unseat AOC, Tucker frequently posts conspiracy memes and proudly calls himself “a Q supporter.”

In the clip, which four months old, Tucker rants about a stimulus bill that approved by both parties three days later.

Trump thinks Black men are inherently criminal. He tried to have 5 black teenagers executed for a crime they didn’t commit. He thinks Mexicans are rapists and all belong to MS 13.

But as long as a former crack dealer is singing his praises, he doesn’t mind highlighting them. https://t.co/NizZV3Ajfj

You know you’re desperate when that sentiment amazes you.