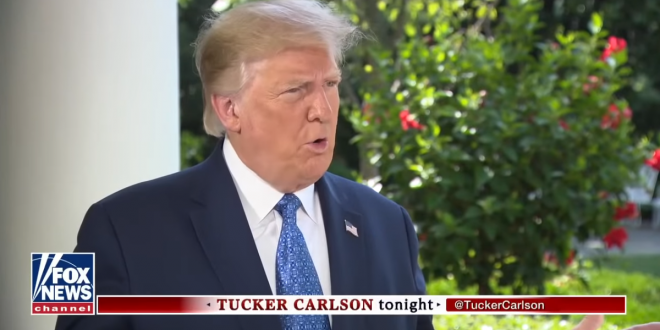 Donald Trump has yet again boasted of his performance on an elementary test designed to screen for early signs of dementia — this time demonstrating one of the easier tasks during a White House interview.

Speaking to Fox News medical contributor Dr Marc Siegel, Mr Trump described asking a doctor if there was “some kind of cognitive test” he could take to dispel “fake news” about his mental health. He then described one of the exercises he was given, a memory test.

“They said nobody gets it in order,” Mr. Trump said. “It’s actually not that easy, but for me, it was easy. And that’s not an easy question. In other words, they ask it to you, they give you five names and you have to repeat ’em. And that’s OK. If you repeat ’em out of order, it’s OK, but, you know, it’s not as good.

“They say, ‘That’s amazing. How did you do that?’” Mr. Trump continued. “I do it because I have, like, a good memory, because I’m cognitively there. Now, Joe should take that test, because something’s going on. And, and, I say this with respect. I mean — going to probably happen to all of us, right? You know? It’s going to happen.”

Trump’s description of a cognitive test is mesmerizing pic.twitter.com/Gx4o9HNaXR

Oh my God. I give this test regularly.

1. There are 30 not 35 questions.
2. The delayed recall is designed to be about five minutes. Not 20 minutes.
3. You do not get extra points for recalling the items in order.

What makes this hilarious is that the example he created, “person, woman, man, camera, TV,” is extremely easy to remember because it sorts into two categories of related words. The actual sample question from the Montreal test, “face, velvet, church, daisy, red,” would be harder.

Haltingly repeating the phrase “person, woman, man, camera, TV” to show off his memory, the president claimed he left doctors in awe. https://t.co/FEvQ7AndRA

“Person, Woman, Man, Camera, TV” was the title of my third album. It had a Talking Heads vibe.

Who else wants Joe Biden to walk up to Donald Trump at the first debate, look him in the eye, say person, woman, man, camera, TV, and then stroll casually back to the podium.

JUST NOW: “The President seems to think saying ‘person, woman, man, camera, TV’ should win him admission to MENSA, the Academy of Arts and Sciences and the Order of the Phoenix.”@NewDaypic.twitter.com/O8yAvMthau

My absolute favorite thing about “person, man, woman,…” clip is Trump pretending he’s recalling the *actual* 5 words from the test, to show off how great his memory is, when he’s obviously just naming 5 things he sees in front of him.