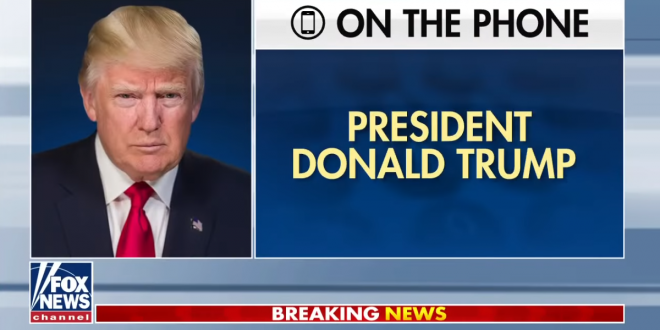 Trump: People Rarely Ace A Cognitive Test Like I Did

President Trump praised his cognitive capabilities on Thursday, telling Fox News host Sean Hannity that he did such an “unbelievable” job during a recent assessment that it left his physicians stunned.

Trump said he took a cognitive test “very recently” at Walter Reed Medical Center, because the “radical left was saying, ‘Is he all there, is he all there,’ and I proved I was all there because I aced it, I aced the test.”

The doctors, he continued, were “very surprised. They said, ‘That’s an unbelievable thing, rarely does anybody do what you just did.'”

Trump on Cognitive Tests: I actually took one.. and I proved I was all there because I aced it… I took it at Walter Reed Medical Center in front of doctors and they were very surprised. They said that’s an unbelievable thing, rarely does anyone do what you just did pic.twitter.com/pwxcjRVL3V

👋🏼Medical doctor here. Healthy people *should* perform well on a cognitive test. If Trump were healthy, why would his doctors be “very surprised” if he actually did perform well. Either way, NO doctor would tell a patient that it’s “unbelievable” if they performed well.🙄 https://t.co/Va5H3H0dVP