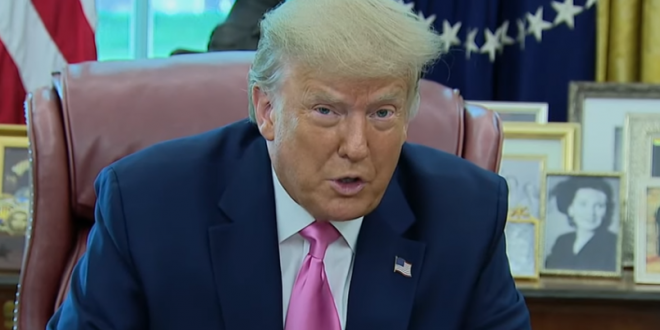 President Donald Trump on Monday said he plans to send law enforcement personnel to some major U.S. cities, as a federal crackdown on anti-racism protests including use of unmarked cars and unidentified officers in camouflage in Portland, Oregon, angers people across the country.

“We’re sending law enforcement,” Trump told reporters at the White House. “We can’t let this happen to the cities.”

A reporter asks about a report that he’s considering sending 175 federal “troops” into additional cities. Trump says, “It depends on what your definition of troops is. We’re sending law enforcement.”

“We’re going to have more federal law enforcement … in Portland, they’ve done a fantastic job … no problem. They grab ’em, a lot of people in jail … these are people that hate our country” — Trump pic.twitter.com/giDdhP7GdY