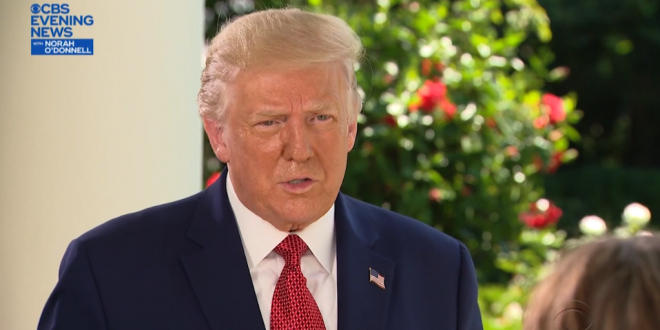 In an interview with CBS News on Tuesday, President Trump said the killing of George Floyd was “terrible” but appeared to bristle when asked why Black Americans are “still dying at the hands of law enforcement in this country.”

“What a terrible question to ask” — Donald Trump reacts to George Floyd’s killing by suggesting to CBS that systemic racism is a myth because more white people are killed by cops than blacks people (nevermind that a much higher percentage of black people are) pic.twitter.com/dhnHNh4irS

“All part of his campaign of racial grievance for white people.” pic.twitter.com/OPqHUJ4DYv

Previous Maxwell To Be Held Without Bail Until July 2021 Trial
Next OAHU: 44 New Cases Linked To Single Person [VIDEO]