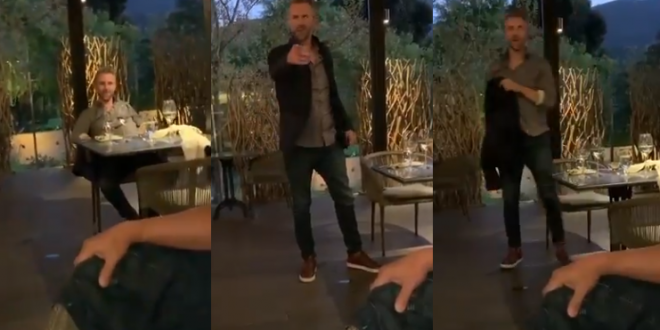 Trump Cultist Tech CEO Is Sorry For His Racist Tirade

For a few moments after the camera began recording, the white man smirked silently in his seat at an upscale California restaurant. Then, he gave the family at the next table the middle finger and unleashed an anti-Asian tirade.

“Trump’s going to f— you,” he said, adding that the family “need to leave” and calling one of them an “Asian piece of s—.”

After the video went viral on Tuesday, multiple journalists identified the man as Michael Lofthouse, CEO of Solid8, a cloud computing firm based in San Francisco. By the day’s end, Lofthouse had deleted all his social media accounts and issued an apology to a local TV station.

“My behavior in the video is appalling. This was clearly a moment where I lost control and made incredibly hurtful and divisive comments. I would like to deeply apologize to the Chan family. I can only imagine the stress and pain they feel. I was taught to respect people of all races, and I will take the time to reflect on my actions and work to better understand the inequality that so many of those around me face every day.”

The victims say that after the incident, Lofthouse posted an Instagram comment directed at one of their supporters which said, “come near me or my people and you are ‘expletive’ dead.” Lofthouse’s name continues to trend on Twitter this morning.

Sometimes you need to fight racism one nasty racist at a time. This is one of those times.