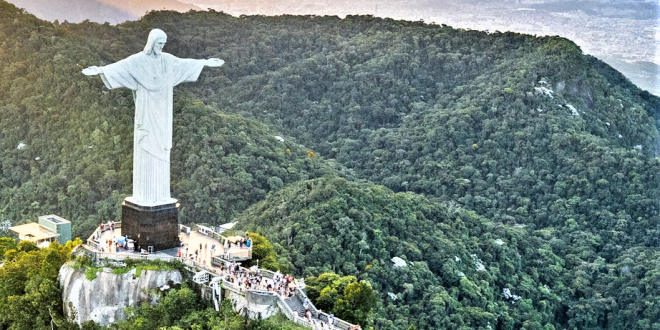 In a round of new digital ads, the Trump campaign asks people to support the president as he stands up to the angry mobs trying to tear down iconic memorials. In one specific ad, the endangered statue that the campaign spotlights happens to be the famous Christ the Redeemer statue in Rio de Janeiro, Brazil. “The President wants to know who stood with him against the Radical Left,” declared dozens of ads run over the weekend on pages for Trump and Pence.

The ads featured a graphic with an image of the Christ the Redeemer statue above the text, “WE WILL PROTECT THIS.” The photo appears to have come from an online database of free stock images. It was not immediately clear whether the Trump campaign was aware that the image it chose for its Facebook ads over the weekend showed a statue in another country.

I want to know who Googled “Jesus statues” and thought, “This one looks good” and that was that. https://t.co/1BXusHeIzb