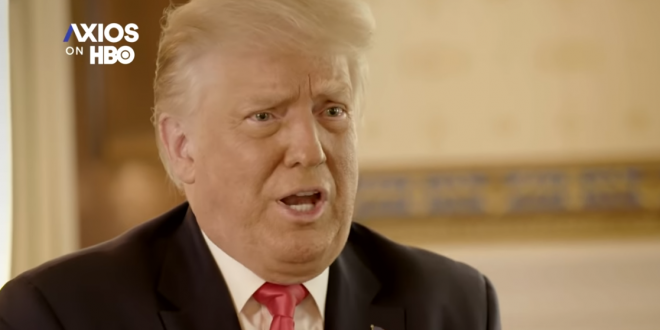 President Trump has never confronted Vladimir Putin with intelligence indicating Russia paid the Taliban to kill U.S. troops, he told “Axios on HBO” in an interview on Tuesday.

Trump spoke with Putin on Thursday, and subsequently deflected a question about whether he’d raised the alleged bounty scheme, saying on Monday: “We don’t talk about what we discussed, but we had plenty of discussion.”

In Tuesday’s interview, he was definitive: “I have never discussed it with him.” Pressed on why he didn’t raise the matter in Thursday’s call, he said: “That was a phone call to discuss other things, and frankly that’s an issue that many people said was fake news.”