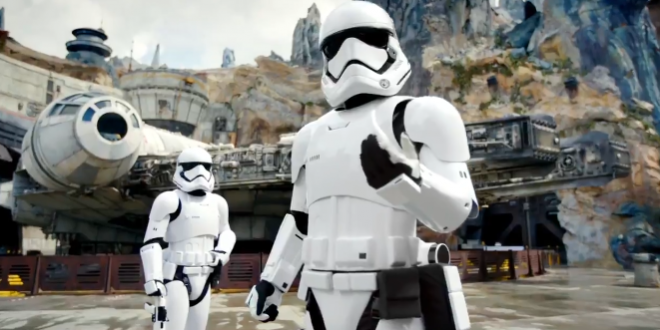 “The Most Magical Place on Earth” has reopened after nearly four months with new rules in place to help prevent the spread of COVID-19. Walt Disney World’s Magic Kingdom and Animal Kingdom opened Saturday, while Epcot and Disney’s Hollywood Studios will follow next week.

All of Disney’s Central Florida parks closed in mid-March in an effort to stop the virus’s spread. The reopening comes as a huge surge of Floridians have tested positive for the new coronavirus in recent weeks.

Temperature checks will be given at park entrances, there will be no tram service in the parking lots, and face masks that loop around the ears are mandatory.

With Florida’s recent surge in Covid-19 infections, some have questioned whether the park should have postponed opening day. But on Saturday morning, thousands of fans walked through the gate to be among the first to reenter the Magic Kingdom.

The park they walked back into, though, is not the same park they left. The old park thrived on quantity, cramming as many people as possible into ride queues and rewarding those who lined up early in the morning with coveted boarding passes to ride Star Wars: Rise of the Resistance in Disney’s Hollywood Studios.

That park would let you run up to Mickey and hug him, even with no clear idea of who had just done the same thing or when that suit had last been cleaned. That park didn’t have to worry about whether the invisible spray from someone screaming with delight on a roller coaster would unintentionally infect the person in the next seat.

There may be thousands in the park, but skipping around on the live-stream below it sure looks pretty empty.