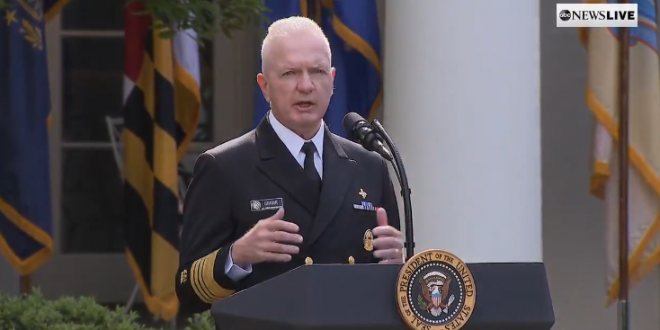 Testing Czar Rejects Trump’s Attack: “None Of Us Lie”

“Look, we may occasionally make mistakes based on the information we have, but none of us lie. We are completely transparent with the American people,” the Trump administration’s coronavirus testing czar Brett Giroir told NBC’s “Today” show.

Giroir’s remarks came after Trump retweeted a message Monday from Chuck Woolery, the conservative former game show host, who wrote online: “Everyone is lying. The CDC, Media, Democrats, our Doctors, not all but most, that we are told to trust.”

Asked about that social media post Tuesday, Giroir was dismissive. “I’m a physician. I’m a scientist. I’m not a Twitter analyst. And to be quite honest, I don’t spend time looking at any of that on Twitter, because who knows what it means or how it’s interpreted,” he said.