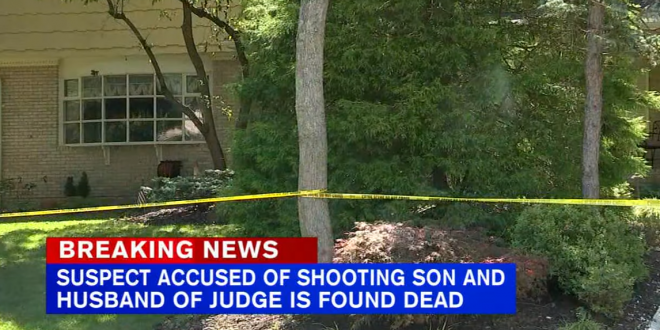 Authorities believe an attorney found dead in New York Monday was the shooter who killed a New Jersey federal judge’s son and wounded her husband, law enforcement sources with knowledge told NBC New York. The man’s body was found in the Sullivan County town of Rockland, near Liberty, which is in the New York Catskills.

A senior law enforcement official said the FBI and police were heading to the scene. They’re investigating whether he may have died of self-inflicted gunshot wounds and whether a gun found at the scene may be linked to the one used to kill Judge Esther Salas’ son and wound her husband.