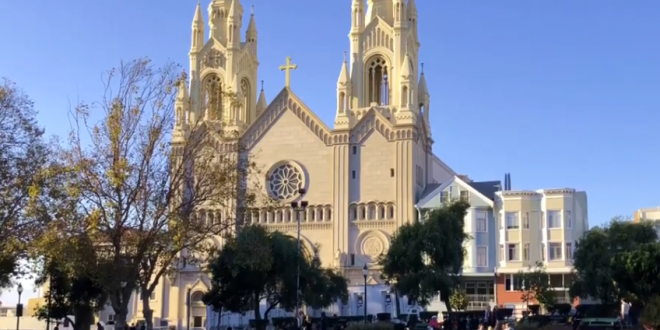 The doors were locked. Rows of pews were taped off. The guests were arriving, as instructed, through a back door from an underground parking garage that led to the church interior. Then a city official crashed the wedding, which took place in early July in SS Peter and Paul’s Church.  The pastor did not seem surprised by the official’s order to stop the proceedings, according to an official report.

In the days following, the newlywed couple and at least eight attendees tested positive for the coronavirus, two guests told The Chronicle. The potentially exposed guests flew back to Nashville, Arizona and San Diego, hot spots of the pandemic, potentially spreading the virus and providing a textbook example of health officials’ biggest fears about such large gatherings.

According to the above-linked report (paywall), days earlier the city had warned Catholic leaders to stop holding illegal events. But church leadership helped organize the wedding, the rehearsal dinner, and the reception anyway. Over 100 people were reportedly at the church when city officials made them leave. (Tipped by JMG reader Ben)