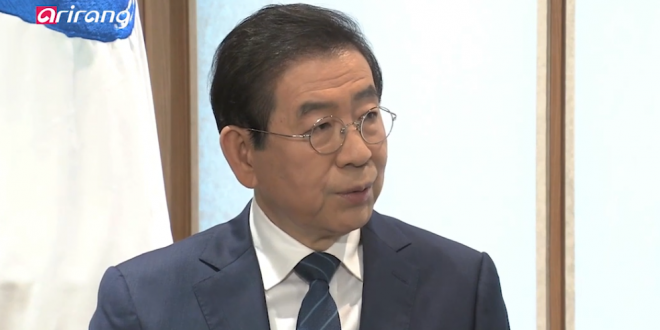 Seoul Mayor Park Won-soon was found dead on Friday, according to police, in what appears to be one of the country’s highest-profile suicides in recent history. The body of Park, 64, was found at Mount Bukak, hours after he was reported missing.

The exact cause of his death remained under investigation. Park’s daughter filed a police report at 5:17 p.m. that he “had left home four to five hours ago after leaving words like a will, with his phone currently off.”

According to local news reports, Park was recently facing allegations of sexual harassment. A former secretary of Park filed a complaint against Park on Wednesday with the Seoul Metropolitan Police Agency for alleged sexual assaults. According to her testimony, there have also been other victims sexually assaulted by the mayor.

Mayor Park Won-Soon was a longtime civic activist and human rights lawyer. He was elected Seoul Mayor in 2011. He openly supported the millions of people who took to the streets in 2016 calling for the impeachment of former conservative President Park Geun-hye.

Previous Fox Contributor Dan Bongino: You Can Take Your Face Mask Mandate And Shove It Right Up Your Ass [VIDEO]
Next RNC Seeks Outdoor Venue For Jacksonville Convention