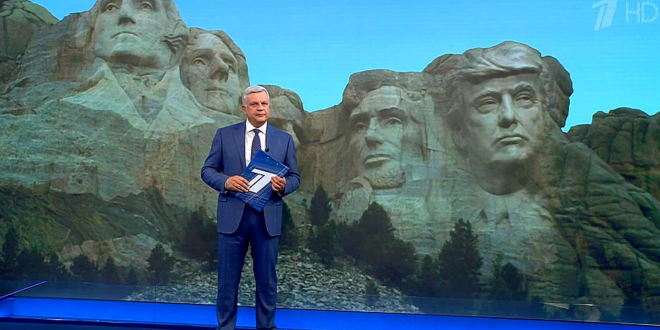 Mentioning that the American head of state had previously toyed with the idea he might be featured alongside Washington, Jefferson, Teddy Roosevelt, and Lincoln, Russia’s premier state media channel Rossiya-1 aired a graphic of Trump’s mug right up there on the mountain beside them.