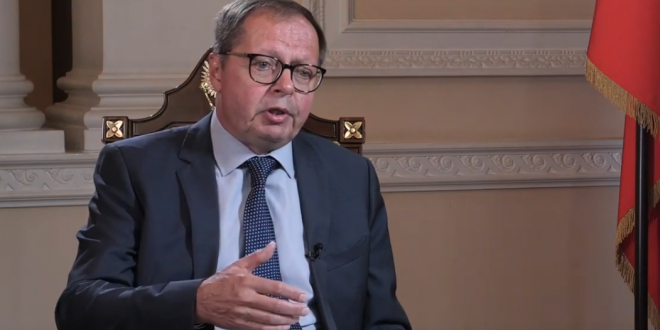 Russia’s ambassador to the U.K. said there is “no sense” in the claim that Russian intelligence services attempted to steal British coronavirus vaccine research. Speaking on the BBC’s “Andrew Marr Show” on Sunday, Andrey Kelin said it was “impossible” to link hackers to any one country and that he doesn’t believe the allegations. On Thursday, the U.K.’s National Cyber Security Centre published details of attacks that it said “almost certainly” originated from Russian intelligence services.

Asked about Foreign Secretary Dominic Raab’s claim that Russian groups attempted to interfere in the U.K. elections, Kelin appealed to “British common sense.” “Our policy is not a policy of interference,” he said. He also claimed that cyberattacks on Russia’s recent constitutional referendum had originated from the U.K. Speaking on “Sophy Ridge on Sunday,” Raab said British authorities were “absolutely confident” that Russian intelligence agencies were behind attacks on the U.K.’s vaccine research.