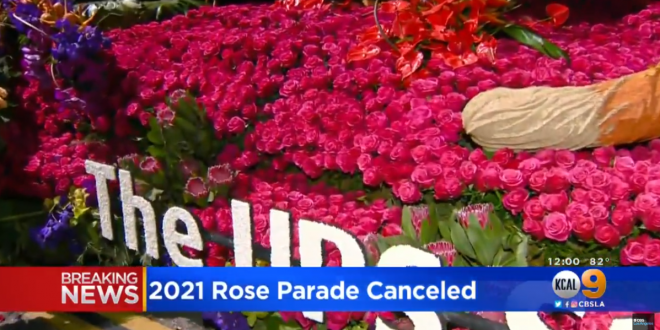 The 2021 Rose Parade has been canceled because of the impact of the coronavirus pandemic on planning for the New Year’s Day tradition and the risk of spreading infections among its huge audience and participants, organizers said Wednesday.

The Pasadena, California, Tournament of Roses Association said the decision was put off until organizers were certain that safety restrictions would prevent staging of the 132nd parade. Planning for the Rose Bowl college football game that traditionally follows the parade is continuing, the association said.

The parade is held every Jan. 1 except when New Year’s Day falls on a Sunday and the event is pushed to Jan. 2. Since its inception in 1891, the parade has only not occurred during the wartime years of 1942, 1943 and 1945, the association said.