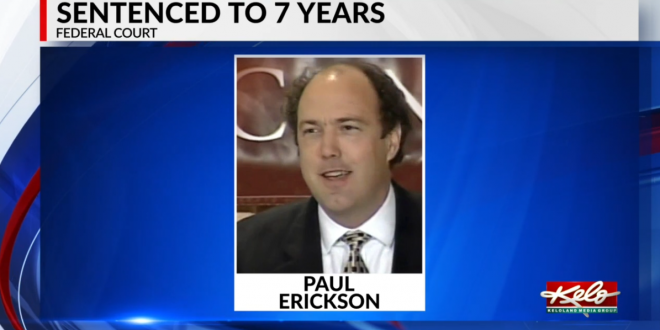 A Sioux Falls man who used his connections in the conservative movement to help his Russian girlfriend gain political access was sentenced Monday to serve seven years in federal prison. Paul Erickson was not charged with any wrongdoing involving his efforts to help Maria Butina make inroads with political contacts. Instead, he was accused of defrauding investors in various schemes over the last 20 years.

Erickson came under the scrutiny of federal investigators who were monitoring Butina. That scrutiny lead to an investigation of his various business enterprises, which existed to defraud investors. For example, Erickson had defrauded conservative investors starting in the late 1990s out of a company called Compass Care, which promised to build Christian-based nursing homes. He also had a venture in the Bakken Oil Fields in North Dakota that he used to defraud investors, according to his indictment.

In 1992, Erickson served on Pat Buchanan’s presidential campaign. Hit the link for much more.

Previous Trump Rips NFL For “Politically Correct” Name Changes, Twice Attacked Obama For Weighing In On Same Issue
Next Niece’s Book: For Trump, “Cheating Is A Way Of Life”