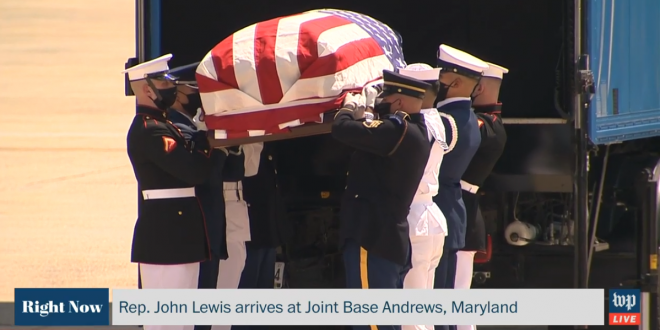 Rep. John Lewis To Lie In State At US Capitol Today

John Lewis has returned to the nation’s capital one last time. Lewis, who died July 17 from pancreatic cancer at 80, arrived at Joint Base Andrews after two days of tributes in Alabama.

The family and friends traveling with him include Lewis’ only son, John-Miles Lewis, as well as siblings, nieces and nephews. The motorcade is expected to pass by several landmarks important to the civil rights icon and longtime lawmaker before arriving at the Capitol, where flags are at half-staff in his honor.

After an arrival ceremony in the Capitol Rotunda, Lewis’ casket will return to the East Front, facing the Supreme Court, so the public can walk past to pay respect.