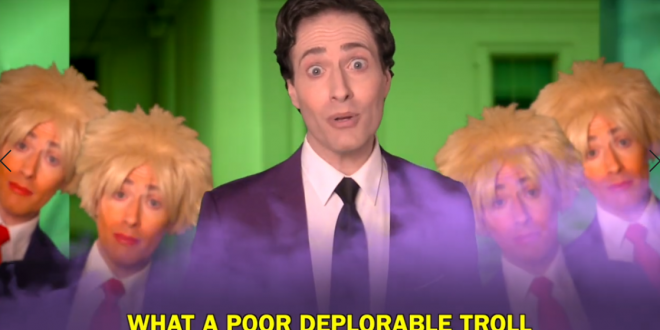 Randy Rainbow is back this morning to kick off the week with another parody aimed at Trump’s relentless lying.

Today’s episode is set to the tune of “Poor Unfortunate Souls,” which was sung by Pat Carroll in the 1989 Disney classic, The Little Mermaid.

The original lyrics were penned by Howard Ashman, who won the Oscar that year for Best Original Song with “Under The Sea” from the same film.

Ashman died of AIDS in 1991 and was awarded a posthumous Oscar that year for “Beauty And The Beast” from the Disney film of the same name.