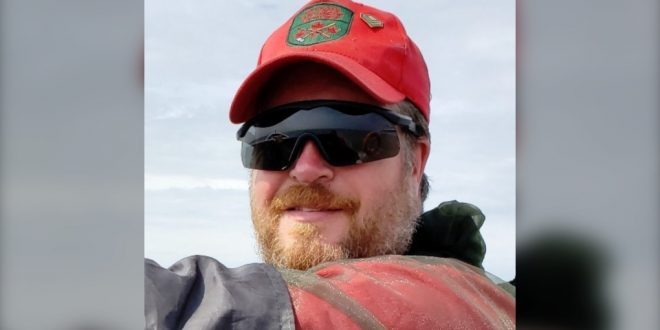 Corey Hurren has been identified by several media outlets as the suspect who drove through the gates at Rideau Hall, where Canadian Prime Minister Justin Trudeau lives. His business’ Instagram account features several right-wing conspiracies.

Less than an hour before Corey Hurren allegedly drove his pickup truck through the gates of Rideau Hall, where Prime Minister Justin Trudeau lives, a social media account for his business posted a meme that blames the global elite for COVID-19.

CBC has confirmed Hurren is a member of the Canadian Rangers, a component of the Canadian Army Reserve that serves in the remote and coastal regions, typically offering help with national security and public safety operations.

As a precaution, the RCMP’s chemical, biological, radioactive, nuclear and explosive team searched and secured Hurren’s truck, he said. The RCMP said it is collaborating closely with the Canadian Armed Forces in the investigation and charges are pending.

There’s much more at the first link above.

Corey Hurren, who rammed a pickup truck filled with guns through the gates of Canadian Prime Minister Justin Trudeau’s home, had made Instagram posts about QAnon and other far-right conspiracies https://t.co/Kxqmjqx4mG