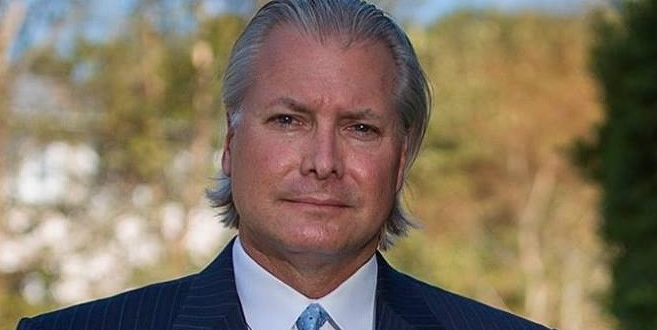 K.W. Miller is an independent candidate running in Florida’s 18th Congressional District. Miller has repeatedly tweeted the QAnon hashtag and QAnon slogan “#WWG1WGA” and “#GreatAwakening” (along with a hashtag for the Pizzagate conspiracy theory).

He has also posted the QAnon hashtag and QAnon slogan on Facebook and repeatedly posted “#GreatAwakening” on Instagram.

Florida’s primary is August 18th. The incumbent in District 18 is GOP Rep. Brian Mast, who won a second term in 2018 by eight points. The district encompasses all of St. Lucie and Martin counties and a northern sliver of Palm Beach County. Dozens of QAnon nutbags are running for Congress and two have won GOP primaries.

Beyoncé is not even African American. She is faking this for exposure. Her real name is Ann Marie Lastrassi. She is Italian. This is all part of the Soros Deep State agenda for the Black Lives Matter movement. BEYONCÉ YOU ARE ON NOTICE!#GreatAwakening #QAnon #WWG1GWA #Trump2020

You all do know that Beyoncé’s song “Formation” was a secret coded message to the globalists I certainly hope?

The song clearly admitted that she was demonic and that she worshipped in the Satanist churches located in Alabama & Louisiana.

She keeps Satanist symbols in her bag.

In the Satanist “Formation” song Beyonce shouts out a “Black Bill Gates in the making”.

Consequently, in 2020 we see Black Lives Matter terrorizing the country at the same time as Bill Gates pushes a COVID vaccination.

She was getting the ladies in formation 4 years ago. Why?

1991: “I’m under your spell. I don’t want to break free. You can make a slave out of me. I worship you and nobody else. I pledge my love to you forever.”

Who was she professing this to? Moloch? Lucifer? Who? pic.twitter.com/FsAtaYT89R

If they let Aaliyah lived, beyonce would be nowhere near where she was now. Suspicious.

WHO WAS THE PILOT? HMMM. SAME YEAR AS JFK JR. PLANE CRASH???? #GreatAwakening