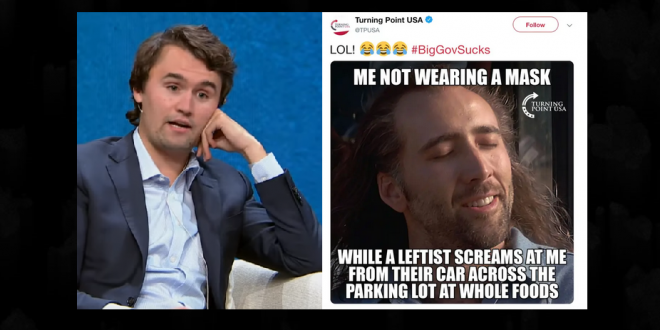 They never understand that the internet is forever:

Two friends of Montgomery confirmed his death to Politico on Wednesday. In a tweet on Tuesday evening, Charlie Kirk, the group’s chairman, paid tribute to him, describing him as an “American hero.”

The tweet mocking masks, posted on Tuesday, featured a meme of Nicolas Cage and the message “me not wearing a mask while a leftist screams at me from their car from across the parking lot at whole foods.” By Thursday morning, the tweet was no longer on Turning Point USA’s Twitter feed. 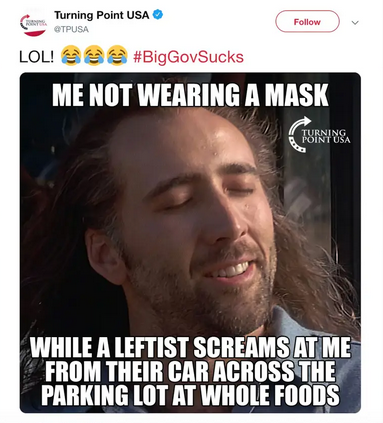 Bill Montgomery passed away at 80. He believed in me. He poured his heart & soul & time into me. He took a risk on me and without Bill Montgomery, there is no @TPUSA

He touched the lives of thousands of young Americans and I will miss him greatly. pic.twitter.com/hfJpCrLC6d