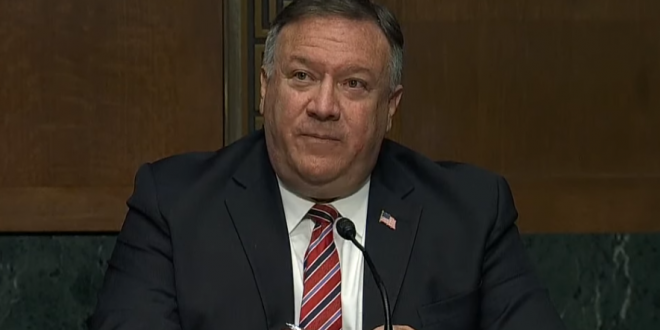 President Donald Trump‘s baseless Wednesday morning question about postponing the 2020 general election has been given new life. Secretary of State Mike Pompeo suggested the final decision on any such postponement hinges upon whether Attorney General Bill Barr and others at the DOJ can find a legal justification to change the date.

To which Pompeo replied: “In the end, the Department of Justice, and others, will make that legal determination. We all should want – I know you do, too, Senator Kaine – want to make sure to have an election that everyone is confident in.”