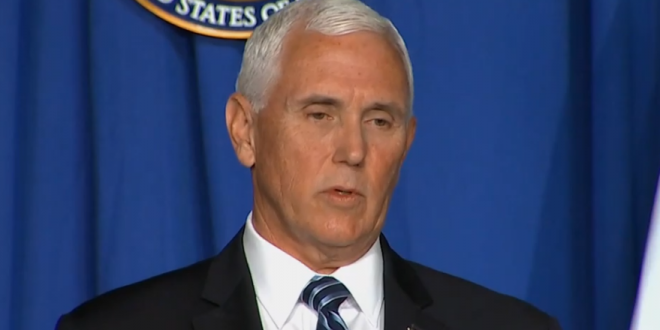 President Trump was the last line of defense between law-abiding people and a dangerous, left-wing mob intent on toppling statues and ripping the nation apart, according to Vice President Mike Pence.

“When rioters were setting fire to one of the oldest churches in America and defacing our national monuments, Joe Biden sent out a press release. President Trump sent in the National Guard,” Pence said Thursday in an exclusive interview aboard his campaign bus with the Washington Examiner.

“The contrast with Joe Biden and Nancy Pelosi is, this is a president who understands our commitment is to uphold the rule of law — law and order,” said Pence, who spoke as he completed a swing through Pennsylvania, a battleground critical to Trump’s reelection prospects.

How dare a private citizen not mobilize the National Guard!