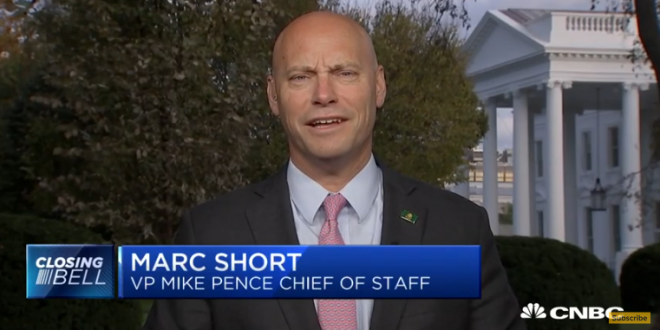 Pence Chief Of Staff Has Not Divested From Companies Affected By COVID Pandemic, Keeps Meeting With Them

New evidence has emerged that suggests Vice President Pence’s Chief of Staff Marc Short appears to have participated in three additional meetings with companies whose stock he held, which could violate criminal conflict of interest law, according to a letter sent today to the FBI by Citizens for Responsibility and Ethics in Washington (CREW).

Despite retaining financial interest in several companies directly affected by the government’s pandemic response, Short has continued to participate in meetings with them in his official capacity.

The latest evidence suggests that Short participated in three additional meetings and conversations with representatives from companies with whom he has direct financial ties.

Despite pledging to divest his interests, at the time of these meetings, he had yet to do so and Short’s financial disclosure forms revealed his continued financial interest in these companies.