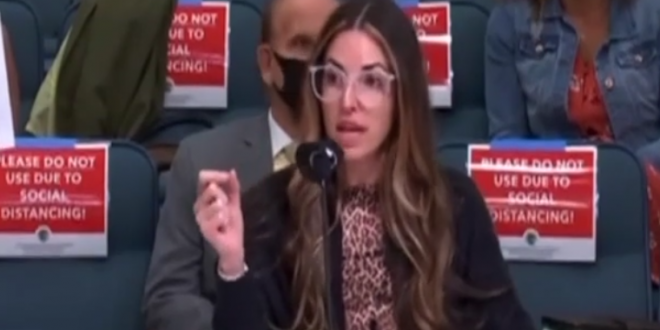 The suit was filed on behalf of Josie Machovec, Carl Holme, Rachel Eade  [photo] and Robert Spreitzer — at least two of whom were among the dozens who expressed outrage over the proposal when commissioners approved it June 23.

It claims the mandate “interferes with (their) personal liberty and constitutional rights” such as freedom of speech, right to privacy, due process and the “constitutionally protected right to enjoy and defend life and liberty.”

The group is crowdfunding their lawsuit.