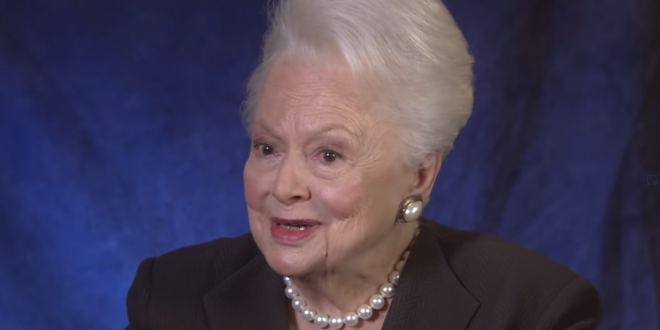 Olivia de Havilland, a top box-office name of the 1930s and 40s and the sole surviving principal cast member of the most popular movie of all time, Gone With the Wind, has died. She was 104. The veteran actress died in her sleep at home in Paris on Saturday.

Off-screen, de Havilland was anything but sweetness and light. With fierce determination and guts, she fought studio boss Jack L. Warner — indeed, the entire studio contract system — and in a landmark legal case that came to be known as the De Havilland Law helped end binding seven-year contracts for all Hollywood actors.

While Warner made good on its vow never to hire her again, de Havilland went to Paramount and ended up bringing home two Best Actress Oscars: as a career mother in the weepie To Each His Own (1946) and as the spinster attractive only for her money in The Heiress (1949).