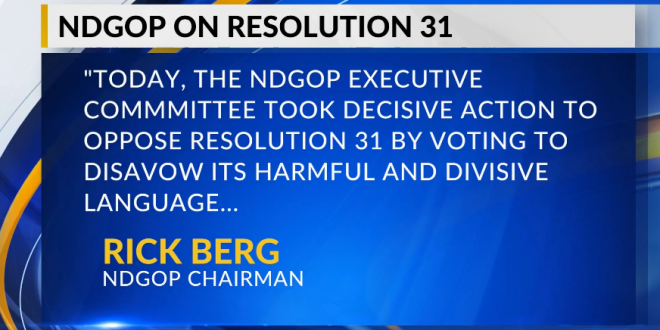 After both Republican and Democratic politicians spoke out against a portion of the North Dakota Republican Party’s recently adopted policy platform that describes LGBT practices as “unhealthy and dangerous,” and “sometimes infecting society at large,” the NDGOP Executive Committee voted to disavow Resolution 31 and its “harmful and divisive language.”

In a statement after the vote, North Dakota Republican Party Chairman Rick Berg said, “North Dakota Republicans welcomes all those who support less government and greater freedom. As leaders of the State Party, we would like to offer a sincere apology for the inclusion of these unacceptable, hurtful sentiments as part of our official business.”