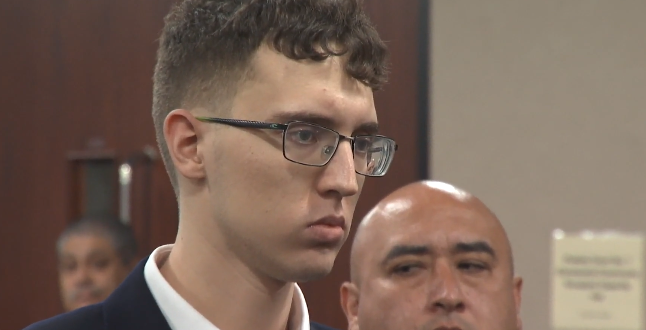 New federal charges have been filed against the man accused of killing 23 people during a mass shooting last year at an El Paso Walmart. A federal grand jury handed up a superseding indictment Thursday adding new hate crime and firearm charges against Patrick Crusius, according to officials with the U.S. Attorney’s Office.

The new charges come after the death in April of the last hospitalized Walmart victim, Guillermo “Memo” Garcia.

In his manifesto, Crusius claimed he was “defending” the U.S. “from cultural and ethnic replacement brought on by the Hispanic invasion of Texas.” Each federal charge carries a penalty of death or life in prison. Whether the death penalty will be pursued is up to the discretion of Attorney General Bill Barr.

He also faces state charges related to the shooting. Though no trial has been set for either series of charges, the El Paso County District Attorney’s Office has already stated it is seeking the death penalty.

Before the shooting, Crusius had “liked” a photo on Twitter that spelled out Trump’s name in guns.