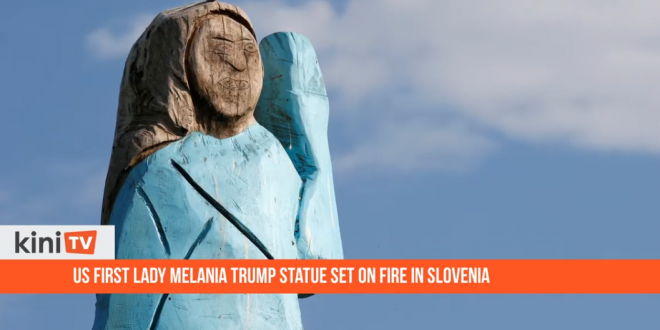 A wooden sculpture of U.S. first lady Melania Trump was torched near her hometown of Sevnica, Slovenia, on the night of July Fourth, as Americans celebrated U.S. Independence Day, said the artist who commissioned the sculpture.

Brad Downey, a Berlin-based American artist, told Reuters he had the life-sized blackened, disfigured sculpture removed as soon as police informed him on July 5th of the incident.

“I want to know why they did it,” said Downey, who had hoped the statue would foster a dialogue about the political situation in the United States, highlighting Melania Trump’s status as an immigrant married to a president sworn to reduce immigration.