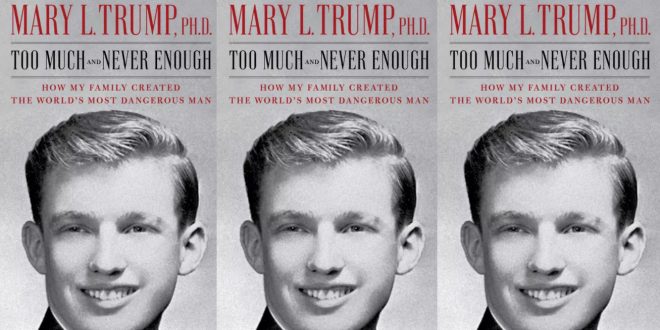 Mary Trump’s Book Release Moved Up To Next Week

The publisher of a book on President Donald Trump and his family announced Monday they are moving up the publication date to July 14 due to “high demand and extraordinary interest” in the tell-all tome by Mary Trump.

The president’s niece, embroiled in a legal battle over the book with her uncles, including the president’s brother Robert Trump, issued an email statement to USA TODAY through her spokesman, Chris Bastardi.

Mary, 55, a psychologist, is the daughter of Trump’s elder brother, the late Fred Trump Jr. Her book is described by the publisher as “a revelatory, authoritative portrait of Donald J. Trump and the toxic family that made him.”