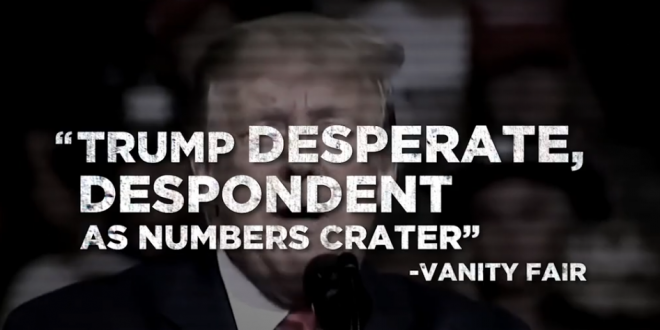 A new video released today by The Lincoln Project, “We Will Vote,” sends a message loud and clear. Americans will be voting this November and Donald Trump can not stop them. After a tweet suggesting the possibility of delaying the election, Americans are vehemently defending their right, and ability, to vote in November.

“We are past the red line,” said Reed Galen, co-founder of The Lincoln Project. “But Americans will not be bullied by a tyrant. We’ve made it through tough elections before and we’ll do it again—this time, Trump will lose.” Trump has reason to be scared. His days in office are numbered.