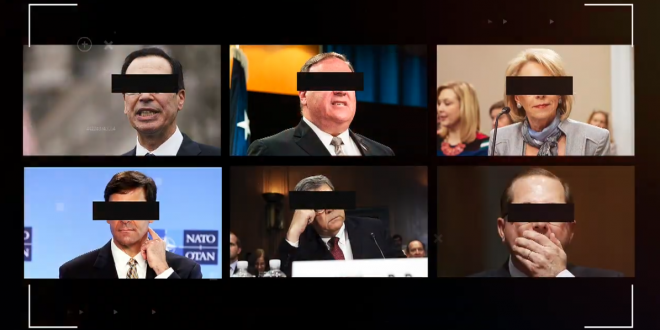 The Lincoln Project went after President Donald Trump’s paranoia on Tuesday by claiming “everyone” is disloyal to him, and that’s the reason why his administration has so many leaks.

The anti-Trump Republican organization released a new ad that begins by mocking Trump over the numerous polls showing former Vice President Joe Biden with the upper hand in the 2020 election. In a taunting whisper, the video tells the president he’s losing “because you’ve got a loyalty problem.”

“They’re in your campaign, your White House, in Congress, even in your own family,” the ad says. “They whisper about you. They leak, spin, lie. They tell the media they’re smart and you’re out of control.”

This one will REALLY get to him.

Previous Anthony Fauci Blames Surge On Premature Reopenings
Next VIRAL VIDEO: Man Screams “I Feel Threatened, Back The Fuck Up!” When Asked To Wear Mask At FL Costco