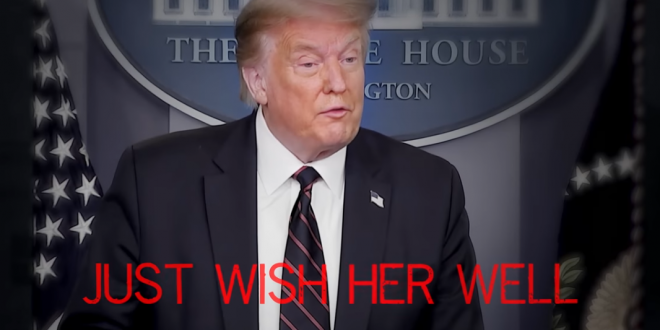 Via press release from the Lincoln Project:

Maxwell has been charged with helping to recruit, train, and manage a harem of young women, some minors at the time, as part of a child sexual abuse ring centered around Jeffrey Epstein. Epstein and Maxwell were both well acquainted with President Trump.

She added, “While the country continues to grieve unspeakable loss from the Trump Administration’s failed COVID-19 response, the President wishes an alleged pedophile pimp well from the White House podium. Shameful.”

For now, Trump continues to sully the Office of the Presidency through his seedy and corrupt connections. In November, Americans will restore its dignity by removing him from office.