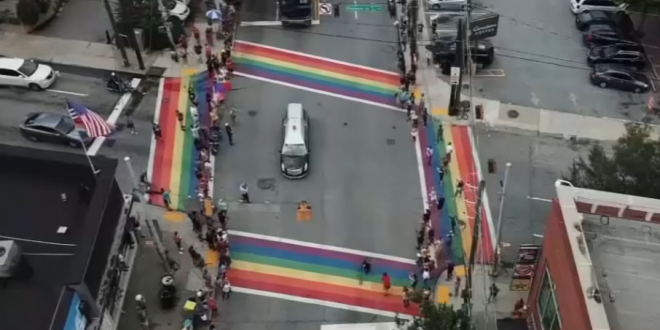 The late Rep. John Lewis arrived back home in Atlanta today, following four days of tributes and services that have taken the congressman and Civil Rights hero back to his native Alabama and then to Washington, D.C.

As he did at the Alabama and U.S. capitols, Lewis will lie in state at the Georgia State Capitol today from 2 p.m.-10 p.m. Along the way, the motorcade wound through Atlanta, offering a number of potential viewing points for the public.

The motorcade headed east along 10th Street, offering a long stretch for those who wish to watch it pass from the sidewalk, before a planned stop at the Rainbow Crosswalks at the intersection of 10th Street and Piedmont Avenue.