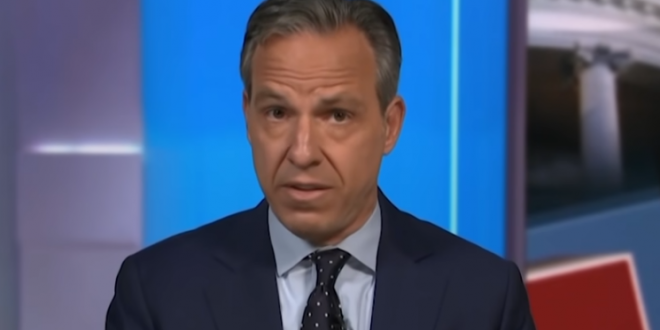 In the full clips played by Tapper, the CNN reporters that Jordan had clipped were noting that the protests tended to remain peaceful during the day and turn violent at night.

Jordan’s video was part of an effort to show that violent mobs have been attacking law enforcement and causing destruction in American cities, and that the Trump administration’s response has been warranted.

This Newsmax jerk below is very upset.

Jake Tapper infers that @Jim_Jordan is a disgraceful, dishonorable, and repugnant human being and threat to the truth and our American system of government by daring to criticize CNN for defending and explaining away the mob violence we’ve seen for the last two months. pic.twitter.com/d09lyABwiY