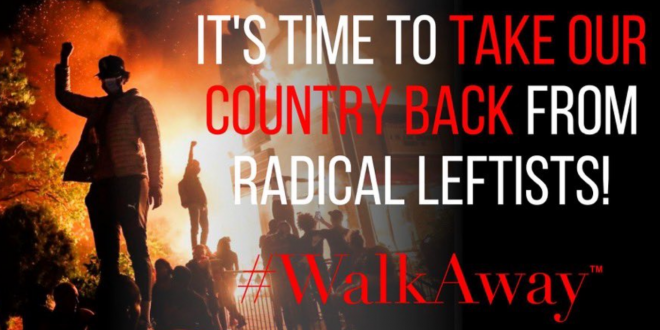 As coronavirus cases swell in the United States, right-wing activists Scott Presler and Brandon Straka are planning and fundraising for national rallies meant to confront the “radical leftists” they believe have taken over the country in the weeks following the police killing of George Floyd.

Presler, a former activism strategist for the ​anti-Islam ACT For America, spoke at the Fairfax County Republican Committee in Virginia on July 7 and turned his final minutes over to Straka, who founded the #WalkAway campaign designed to turn Democratic voters into Republicans. On his way to the stage, Straka stopped to hug several audience members.

“You guys, it feels so good to be hugging people again,” Straka said, adding, “I am so sick of all this shutdown bullshit.” Details for the rallies are currently unclear, but Straka is already soliciting donations with the goal of raising $500,000. A donation page on Straka’s website showed that supporters have already given more than $67,000 to the cause.

We’re launching rallies around the country starting in a few weeks (details coming SOON) to take back our streets, our communities, our cities, and our country from the radical left.
WE NEED YOUR HELP!!!!
HELP US by donating & PLEASE SHARE!!!https://t.co/YYPwBXX3n3 pic.twitter.com/MN3HKtu1VJ

I was given such an incredible reception the other night at @ScottPresler’s event in VA! Scott called me up to let people know that he & I are joining forces to take America’s streets back from the radical left. We see & hear your fears, America- & we’re doing something about it. pic.twitter.com/EqnQ5bim2z

At the @OANN studio in DC.

RELATED: Straka made national news last month when he staged a scene on an American Airlines flight after refusing to wear a mask. He was escorted off the plane to the applause of fellow passengers and was subsequently put on the airline’s “no fly” list for an indefinite period. Last week he lost a $20 million defamation suit against New York City’s LGBT Community Center. Scott Presler has promoted the “empty hospitals” hoax. Presler last appeared on JMG when he canceled an anti-Muslim rally in Portland, Oregon after he accused the mayor of having endangered his group by denouncing the event.

Previous Trump Threatens Tax Exemptions For Universities: “Too Many Schools Are About Radical Left Indoctrination”
Next Trump Cancels New Hampshire Rally Over “Weather”